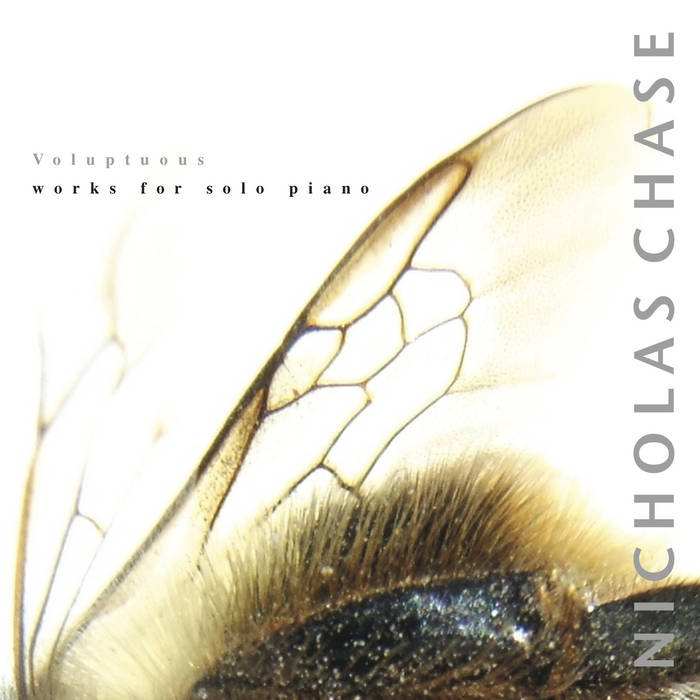 : WHAT LISTENERS SAY ABOUT "VOLUPTUOUS" :

"To my ears, doesn't sound exactly like anything I've heard before — not in music, anyway." — David Hapgood, Author/Artist

"...One of the most compelling and magnetizing listening experiences that ever compelled my undivided attention." — Rob Amory

"...the way the piano is played…I am taken on a journey with these pieces...There is a story being told here." — Kate Harnedy, Photographer

“...exploits the principles of space and silence..."
—Textura (www.textura.org/reviews/chase_voluptuous.htm)


: ABOUT THE ALBUM :
Two large-scale works for solo piano, composed and performed by Nick Chase are included on this album. The 18-minute title track, "Voluptuous" integrates electronic fields and computer signal processing with live piano. Written between 2009-2012 and partly developed in residence at Rensselaer Polytechnic Institute, "Voluptuous" was recorded during an artist residency at Jack Straw Productions in Seattle.

The album also features an acoustic recording of "Songs of the Thirsty Sword (For Lucky Mosko)" that opened the 2008 New Music+ Festival (Janacek Academie of Music and Performing Arts, Czech Republic) with support from the Foundation for Contemporary Arts, and was recorded at the Maybeck Recital Hall that same Autumn. Chase has performed the 32-minute opus alongside animated projected film in Europe and both coasts of the US. A preview of the electronic version with accompanying film can be seen on Vimeo at vimeo.com/36572251

A Limited, Numbered Edition CD will be available by the end of August, or before. The Limited Edition CD includes a physical CD mailed directly to you, artwork, and a uniquely designed promotional package.

"Songs of the Thirsty Sword" recorded at the Maybeck Recital Hall in Berkeley, California with support from - and great thanks to - Greg Moore.

This recording was made with support from Jack Straw Productions in partial fulfillment of a residency with their Artist Assistance Program.